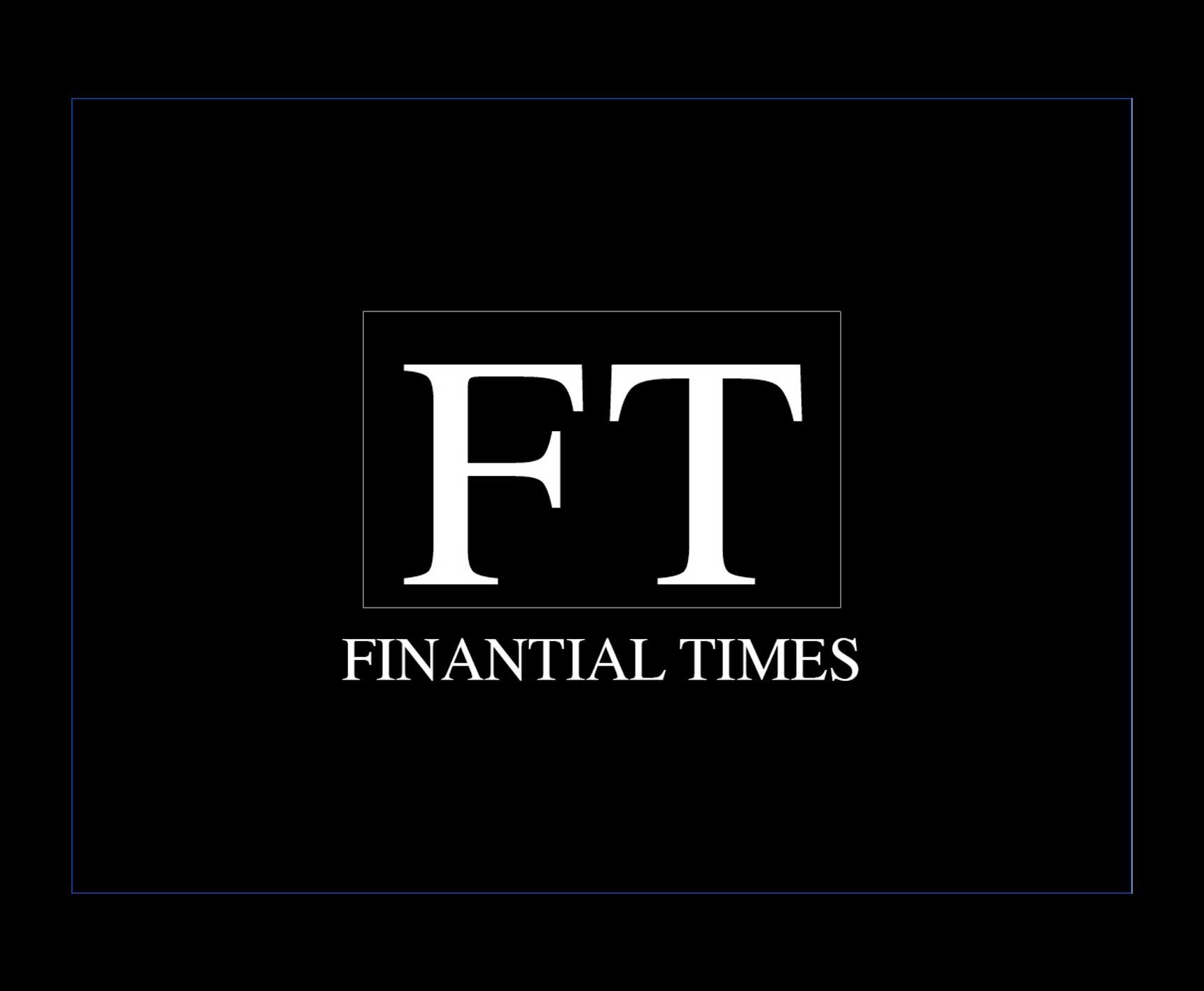 For a decade, it has been the tale of two very different cities when it comes to high-end homes – but what does the future hold ?

Comfortably the two biggest metropolises in western Europe, London and Paris have much in common – as well as being long-term rivals. Yet as far as high-end property is concerned, the past decade has been the tale of two quite different cities.

Data drawn up for the Financial Times by Savills shows prices for prime property – the top 10 per cent of the market – rose 121 per cent in London between December 2005 and June 2015. In Paris, the rise was just 60 per cent. « The key difference … is that London is Europe’s undisputed capital of finance, » says Sébastien de Lafond, chairman of MeilleursAgents.com, a Paris-based real estate portal.

« London has become a safe refuge for the world’s wealthiest people when they are looking for a home, » he says. « Paris doesn’t really set out its stall to attract and retain the same people. » De Lafond cites the English language, the critical mass of financial firms in situ and the UK’s « non-­dom » tax status – now under reform – as powerful incentives for high-level professionals.

However, changes to UK stamp duty in December last year have made it considerably more expensive to buy the best homes in London. That, combined with the economic slowdown in China and the low oil price, has curtailed some demand from international buyers. As a result, transactions in London’s most exclusive neighbourhoods – Knightsbridge, Belgravia and Mayfair – have fallen. In October, Knight Frank slashed its growth forecast for London’s prime housing sector for next year from 4.5 per cent to 2 per cent. Thanks specifically to the impact of stamp duty, Lucian Cook, director of residential research at Savills, thinks that property in prime central areas now looks « full y priced ». In Belgravia, a Grade II-listed bouse on Chester Square (photo) with five bedrooms and three reception rooms is available for f23.9m through Savills. The home has a garage, a lift, staff accommodation and 484 sq metres of living space. 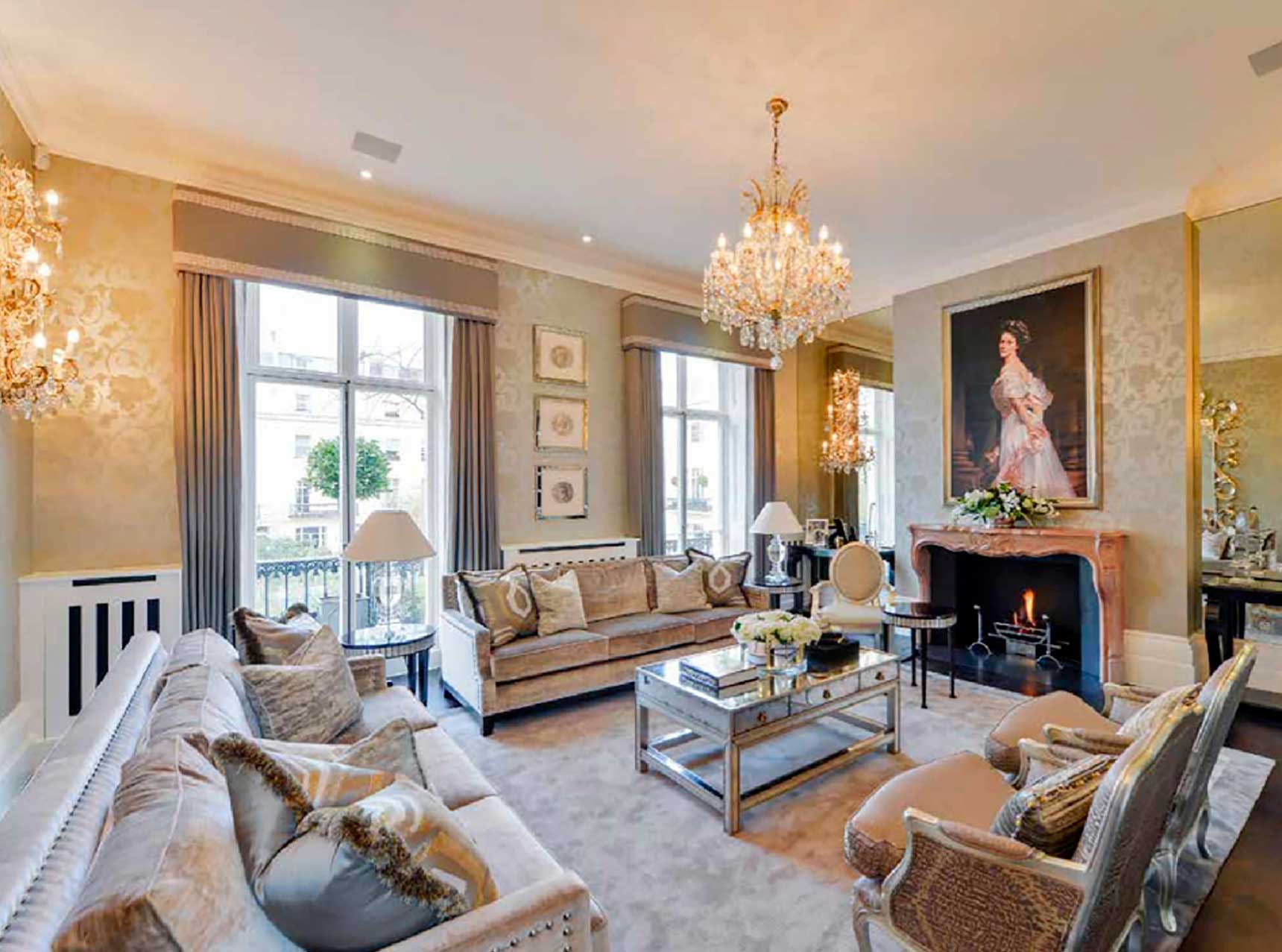 Might this be the time for Paris to nudge in front of its great rival? Not according to Laurent Lakatos of Databiens, part of independent property data analysts LonRes. « It’s a subdued market in the best districts in Paris, in spite of a weakened euro, » he says. For Lakatos, the prime property market in Paris has been walking wounded since 2012, when François Hollande raised wealth taxes after beating Nicolas Sarkozy to the presidency. As things stand, the tax – which varies from 0.5 to 1.5 per cent – is applied on those with assets above €1.3m. There are some quirky exceptions, such as paintings more than a century old, and non-residents with property in France are only Hable on assets in the country.

Mark Harvey, head of Knight Frank’s French network, thinks the slump in Paris property predates Hollande. « The big change came in 2011, » he says. « The first six months saw … healthy transactional levels, while the second half of the year saw a marked slowdown. » Perhaps surprisingly, some local agents attribute the slowdown to the arrest of Dominique Strauss-Kahn in 2011 over sexual assault allegations. The hypothesis rests on Strauss-Kahn, considered pro-business, being thought of as a good bet for the presidency. Today the picture is not any rosier in Paris’s most coveted neighbourhoods – the 1st, 8th and part of the 16th arrondissements, and the area around Saint-Germain-des-Prés and the Eiffel Tower. « Anecdotally, we have seen an increasing number of large homes, held by families for years and which rarely corne on to the market, being put on sale and not finding a buyer, » says Lakatos. 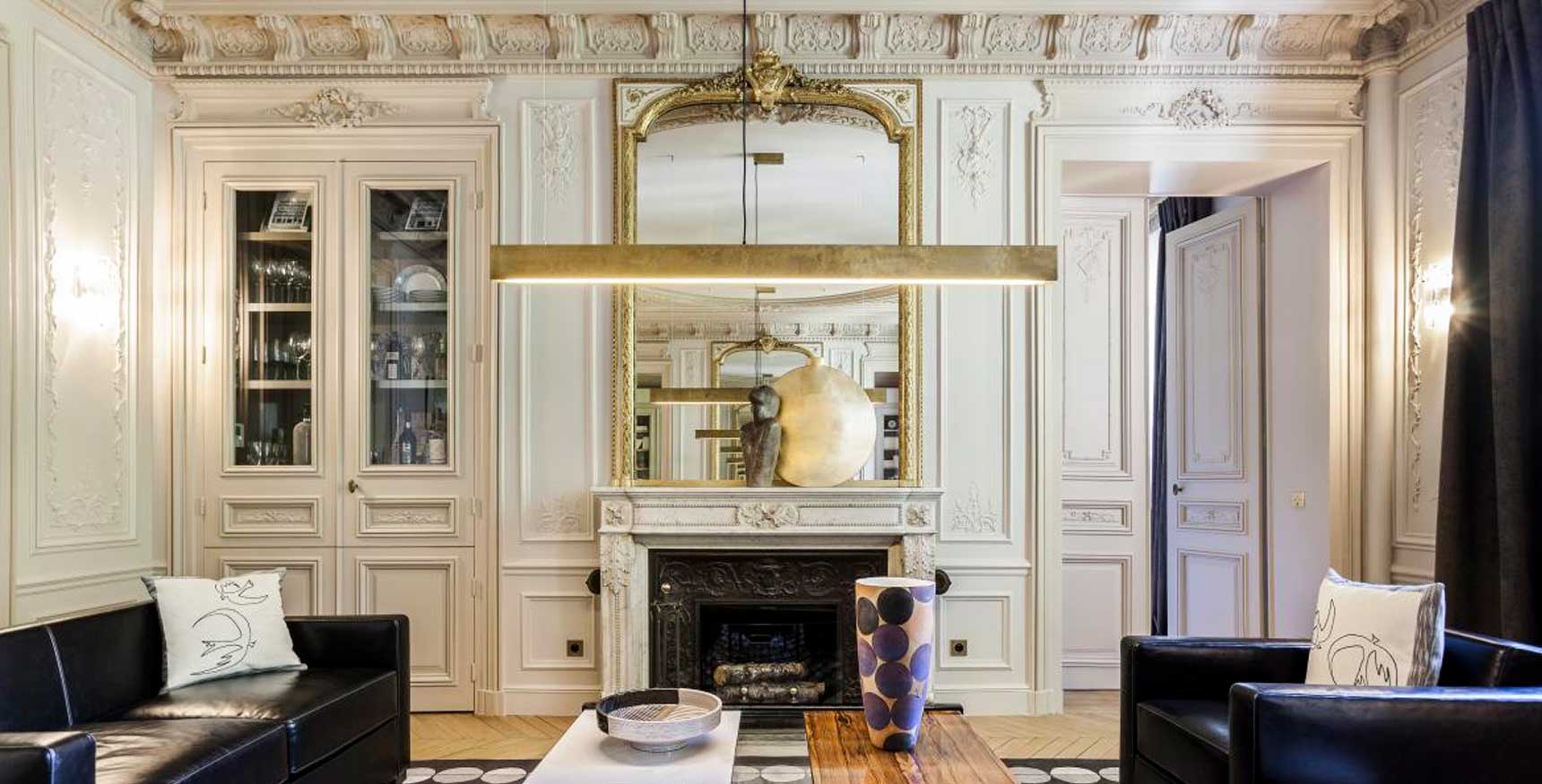 A 256 sq metre apartment with two bedrooms overlooking the Seine in Saint-Germain-des-Prés is available for €13.2m through Knight Frank.

Despite the prime market being depressed in London, the wider market is on the up. According to Nationwide, London’s annual rate of price growth stood at 10.6 per cent in the third quarter of 2015, the highest in the country. The same cannot be said of the wider Paris market where, according to the association of French notaries, the price of resale properties has dropped 1.3 per cent in the year to April.

The overall volume of transactions has been down since 2012, but there have been no dramatic falls in the upper-middle section of the property market in Paris. « Properties in the €750,000 to €1.8m price band – bought in the main by French nationals as their primary residence – have remained strong throughout, » says Harvey.

One of the most expensive apartments on sale in the French capital is a 765 sq metre, eight-bedroom apartment on the banks of the Seine. The asking price is €40 m through Daniel Féau, which works out at more than €52,280 per sq metre. In comparison a five-bedroom, 534 sq metre apartment in Eaton Square, Belgravia, is on sale through Knight Frank for £33m – a huge £61,797 (€84,000) per sq metre. However, the bald numbers are not the only way to compare the cities. Both could well be cultivating the next wave of prime property buyers in their thriving tech sectors, even if the cluster in the Sentier district on the Right Bank of the Seine is dwarfed by London’s Tech City surrounding Old Street roundabout. Yet, the French capital surely still has the upper hand in the glamour stakes: the Art Deco Molitor pool reopened last year as a five-star hotel after an €80m refit. This year saw the reopening of another former bathhouse, Les Bains Paris, as a trendy hotel-nightclub. It makes the new breed of London’s priva te members’ clubs in St James and the Square Mile look a little tired.

So what of the future? The market in prime central London might be flatlining, but it is probably too soon to call the undertakers just yet. « London tends to be a market that bounces back quickly, » says Cook, who points to rebounding growth figures following previous stamp duty reforms in 2011 and 2012. Meanwhile, a new law controlling rents signed after the start of August this year threatens to further undermine prices in Paris (rents are capped at 20 per cent above the median rental price). « It’s a very bad sign, » says Roger Abecassis of Consultants Immobilier. « The French are generally very attracted to buying property, but they don’t like constraints such as rent controls – even if they are wealthy and have no immediate plans to lease out their property. » The brightest news for the property markets in both cities might corne from east Asia. Two weeks ago, China overtook the US in terms of dollar-billionaires, according to the Hurun Rich List, bringing its total to 596, against 537 in the US. Estate agents in both Paris and London will be hoping some of the new Chinese super-rich will be heading their way.

• Estate agents typically charge 5 per cent of the sale price as commission in Paris; in central London it is about 2.5 per cent

• A €7m home in Paris would attract property transfer tax of between 6.5 and 6.8 per cent, depending on a number of factors, including whether there is a mortgage; in London a £5.5m property would cost 10,43 per cent in stamp duty

• A single trip on the Paris Metro costs €1.80; the cheapest fare on London’s Underground is £2.30 with an Oyster card

• Charles de Gaulle airport outside Paris had 63.8m passengers in 2014 compared with 73,4m at London’s Heathrow

What you can buy for…

€2.5m Paris: a six-bedroom house on a 2,500 sq metre plot in Vaucresson, 15 km from the city centre. London : a three-bedroom house with an outdoor pool in Kingston upon Thames. 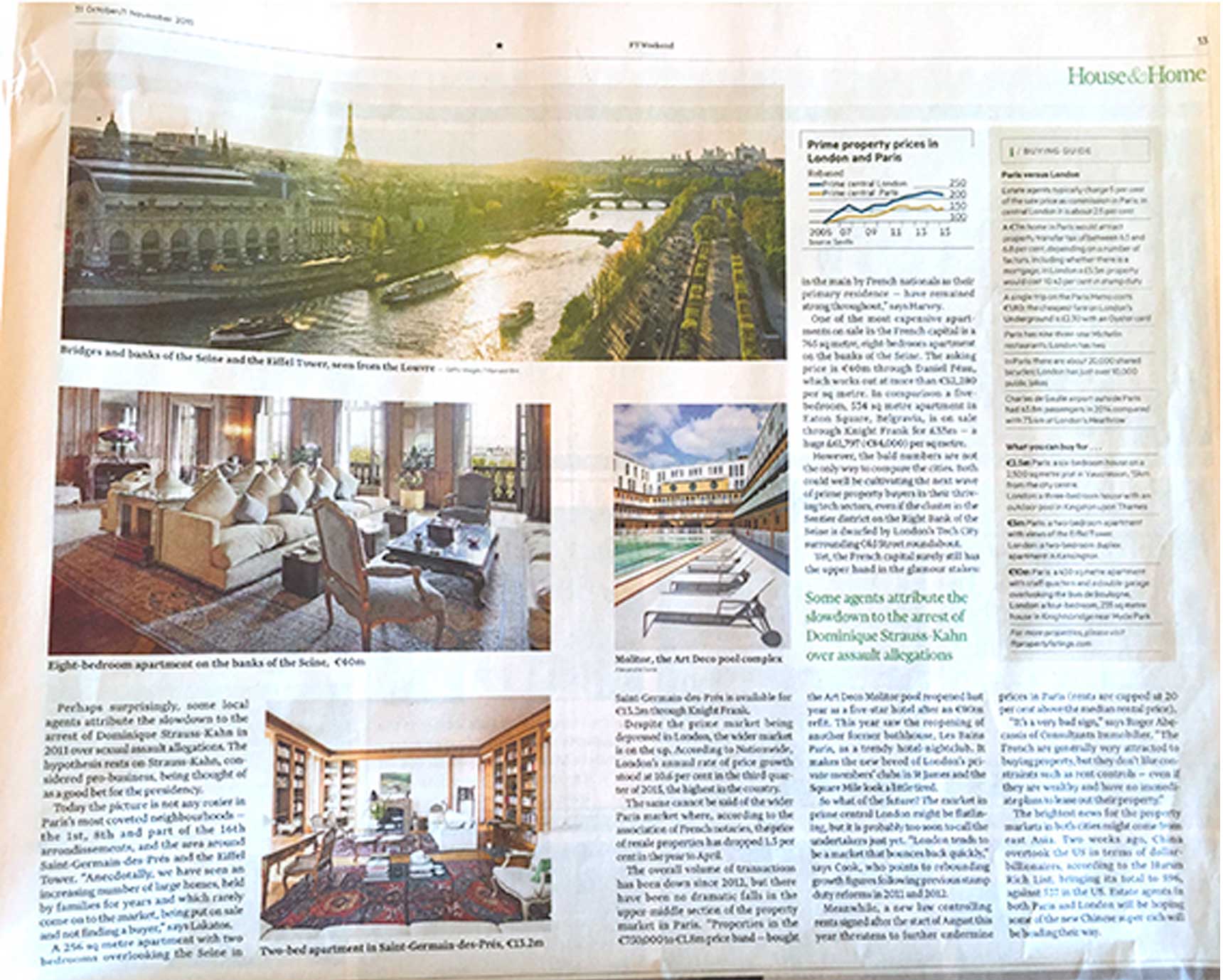 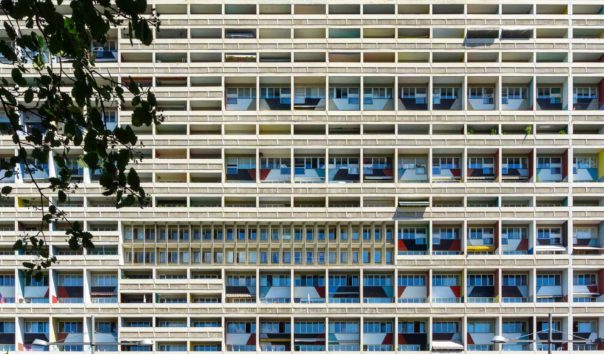